Information related to RD&D efforts that were conducted between 2016 and 2020 that focused on conventional and transformational extraction, separation and recovery of REE and CM from coal-based resources can be found under FOA 1202, FOA 1627 and FOA 1718. Under FOA 2003, process optimization and efficiency improvements were explored starting in 2019, and the potential to develop 1-3 tonnes mixed rare earth oxides (MREO)/day in engineering-scale prototype facilities was addressed in 2020 under RFP 89243320RFE000032 Concept Papers, and in 2021 under Feasibility (pre-FEED) projects.

In 2020, FOA 2364 CORE-CM was released, and in 2021, FOA 2404 was released. EDX templates for REE and CM analytical characterization data that will be generated during conduct of these projects are provided. 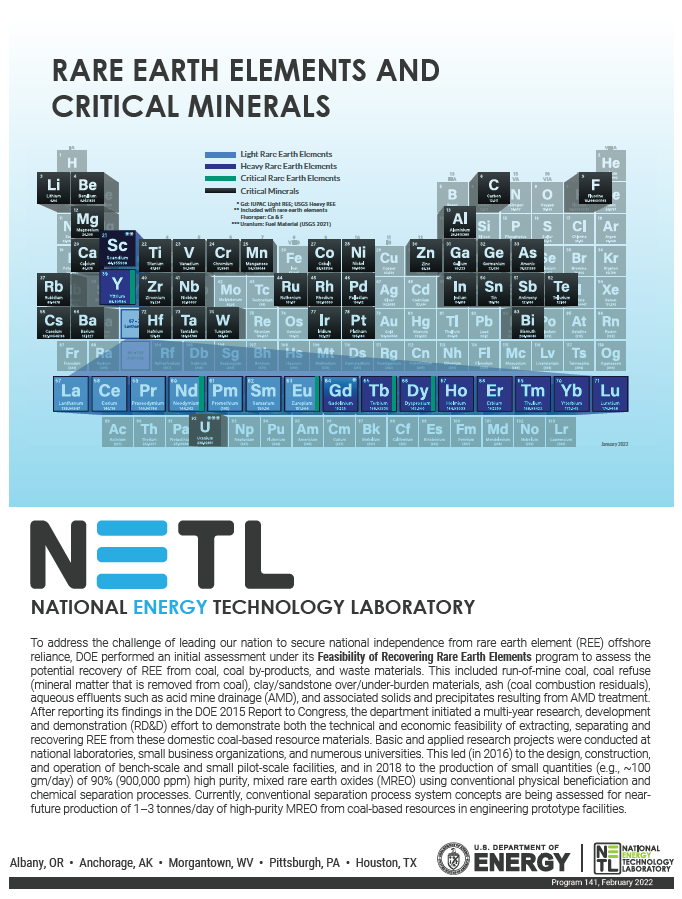 Click on the links below to learn about these initiatives and view associated analytical characterization data and technical reports:

Please use our contact form or email NETLREE-CMGroup@netl.doe.gov with any questions or comments you have about this initiative and associated data.